Brenna started martial arts in 2004, at 6 years old, after attending Sensei Lea’s birthday party! She earned her first degree black belt in 2008, then went on to earn her 2nd degree black belt during the first second degree test in BMA history!

Brenna joined our Leadership program, and then joined instructor training, where she became a Sensei.

Sensei Brenna trained and taught at Balanced Martial Arts until graduating high school in 2015. After high school, she headed off to the prestigious Air Force Academy. In 2019, she graduated as a Second Lieutenant in the United States Air Force, and began her medical school journey. She currently is in her last year of medical school at the Uniformed Services University of Health Sciences, and hopes to become a surgeon.

When asked if being a black belt has helped her in her post BMA life, she’s says, “Definitely, it has taught me teamwork, perseverance, how to handle adversity, and of course, hard work.”

Brenna reflected on her experiences during basic training, where she was pushed both mentally and physically, and says that completing a black belt test helped her to learn to keep going, even when it was hard, and the feeling of doubt crept in. She again attributes her strong mental fortitude to her martial arts training, and is grateful that she had it as a stepping stone in her life journey. 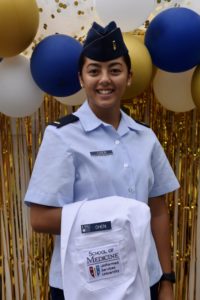 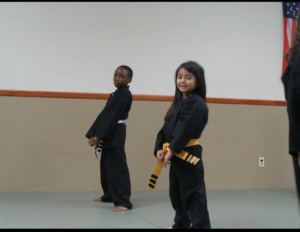